Most homeowners and businesses who install solar panels have the goal of reducing their monthly power bills. Solar power can also reduce the environmental footprint of a property, which is a great feature in locations with clean energy mandates. 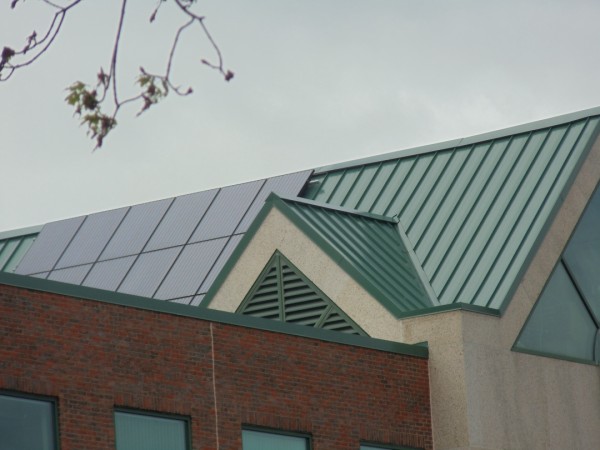 Governments are becoming more aware of the benefits of solar energy, and they may also offer tax benefits for individuals and corporations who use it. The US has a nationwide tax incentive for solar power, which is officially called the Federal Solar Investment Tax Credit (ITC).

The ITC is available for homes and businesses alike, and solar owners can claim a federal tax credit equivalent to 26% of total project costs.

In other words, you can claim $260 on your next tax deduction for every $1,000 invested in a qualified PV solar panel system.

For businesses, there is another nationwide tax incentive called the Modified Accelerated Cost Recovery System or MACRS.

In simple terms, companies can depreciate the asset value of a solar array in only five years, even when using top quality solar panels with a 25-year warranty. This fast depreciation counts as tax-deductible expenses, improving the project cash flow during its first five years of use.

Here we will discuss the different types of tax benefits available for solar panels. Note that this article has the goal of being informative and is not intended as tax advice.

To ensure that any tax benefits available for your solar PV system are filed correctly, the best recommendation is getting in touch with a professional accountant or CPA.

How Does the Solar Federal Tax Credit Work?

The Solar Investment Tax Credit has been available since 2006, and it has provided a major boost for the US solar industry for almost two decades.

According to the Solar Energy Industries Association (SEIA), the US increased its solar power capacity by over 10,000% since the ITC was introduced, which is equivalent to an average annual growth of 52%.

As a quick example of how the ITC improves the payback period of solar panels, assume you plan to install a 6-kW home solar system for an upfront cost of $16,500.

The system is expected to save $1,800 per year in electricity costs, considering local sunshine conditions and your local electricity rates, which results in a simple payback period of 9.2 years and a 10.9% annual return on investment (ROI). — This is not bad, considering that solar panels last for more than 25 years, but the outlook improves when you consider other incentives.

The Investment Tax Credit can be claimed even if you finance your home solar system with a loan, since you’re still the legal owner of the system. However, the ITC is not available for homeowners and businesses that lease solar power systems, since these are technically owned by the companies providing the leases.

The 26% federal tax credit is also available for solar-powered battery systems, but there is an important condition to qualify:

In the case of business-owned solar batteries, the tax credit is reduced in proportion with the solar charging percentage. For example, a battery that meets the minimum 75% requirements is eligible for 75% of the federal tax credit.

Keep in mind that batteries don’t affect the federal tax credit for solar panels. Even if your battery doesn’t meet the minimum charging percentage, your solar panels get the full value of the ITC.

How Does Solar Panel Depreciation Work for Businesses?

High-quality solar panels now come with product warranties of around 25 years. However, businesses can write off their asset value in only five years thanks to the Modified Accelerated Cost Recovery System (MACRS).

As any professional accountant can confirm, faster depreciation is beneficial for tax purposes since it counts as an expense you can subtract from your taxable income.

When depreciating solar panels based on the MACRS, you must first subtract one-half of the federal tax credit from their asset value. Since the ITC is 26% as of 2022, you need to reduce the asset value of your solar array by 13%.

In other words, you claim a federal tax credit equivalent to 26% of the total solar PV system cost. You can then write off 87% of its asset value in five years.

Unfortunately, the MACRS five-year depreciation is not available for residential solar systems. However, this is useful information if you’re also a business owner.

Which States Have Local Tax Benefits for Solar Power?

There is an important difference between a solar tax credit and a tax exemption. A tax credit is an amount you can subtract from your next declaration, as a reward for installing solar panels.

On the other hand, an exemption represents a tax that would normally apply for a solar power system, but the state government has decided to remove it as an incentive.

There are two main types of tax exemptions for solar panels:

Can You Combine Tax Incentives for Solar Panels?

In general, you can claim multiple tax incentives for the same solar installation. For example, there are states who offer both a sales tax exemption and a property tax exemption.

Did you know? There are states where you can have both a federal tax credit and a state tax credit, and each value is deducted from the respective tax declaration.

Again, the best recommendation to be 100% sure is asking a CPA.

If you have access to a solar rebate program, the rebate must be subtracted before calculating any tax credits.

For example, if your solar panel system has a price of $15,000 and you get a $2,000 rebate, the 26% federal tax credit must be calculated using $13,000. — The rebate must be subtracted first, since it represents an amount, you don’t pay, and solar tax credits are based on your direct costs.